In the framework of the football3forall! internationally implemented project during the last two and a half years we have been working on the design and creation of a mobile course which makes the methodology of football3 available for the public.
The course is available in English on the following link: https://football3.nimbl.uk/fb3/login/?next=dashboard%2Fmylibrary%2F

ActionAid launches DIALECT, a new project that aims to bring together youth,
using football as a powerful tool
to promote human rights and combat intolerance and xenophobia.

At a time when hate speech is a fact and the intersection between politics and football is leading mostly adolescents to radical groups and to racism, a shift in the use of football, as a means to promote solidarity is more imperative than ever.

DIALECT (Disrupting polarIsAtion: buiLding communitiEs of toleranCe through fooTball), seeks to rally youth in four European countries, i.e. Greece, Hungary, Italy to promote solidarity, create communities of tolerance and to form a strong network of change through football.
Through this network, the ultimate goal is to play football in a different way, spreading the message of “Football for All: making extreme discourses irrelevant” empowering participants, to practice on their conflict resolution skills and promoting social cohesion through the developed capacity.

The football3 methodology that is being applied in the game is innovative. Children are invited to play in a different way. The objective is to create a shift in the use of football, that will promote equality and respect. The principles of active citizenship and solidarity will be spread across teams and countries, promoting powerful networks of change and community building.

Additionally, project’s aim is to bring together adolescents of migrant and non-migrant background, Civil Society Organizations, Sports Associations, Municipal and Public Authorities and Youth Leaders, and create a strong collaboration network among them.

DIALECT is co-funded by the European Union’s Rights, Equality and Citizenship Programme (2014-2020). It is being implemented in Greece by ActionAid and the National Centre for Social Research, in Italy by ActionAid, in Hungary by Otlalom Sport Association, in Serbia by Football Friends and in cooperation with Streetfootballworld in Germany and Melissa Network in Greece.

The content of this leaflet represents the views of the author only and is his/her sole responsibility. The European Commission does not accept any responsibility for use that may be made of the information it contains.

FOOTBALL HAS A UNIQUE POWER TO CHANGE THE WORLD FOR GOOD.
OLTALOM SPORT ASSOCIATION’S GOAL IS TO UNLEASH THIS POWER. 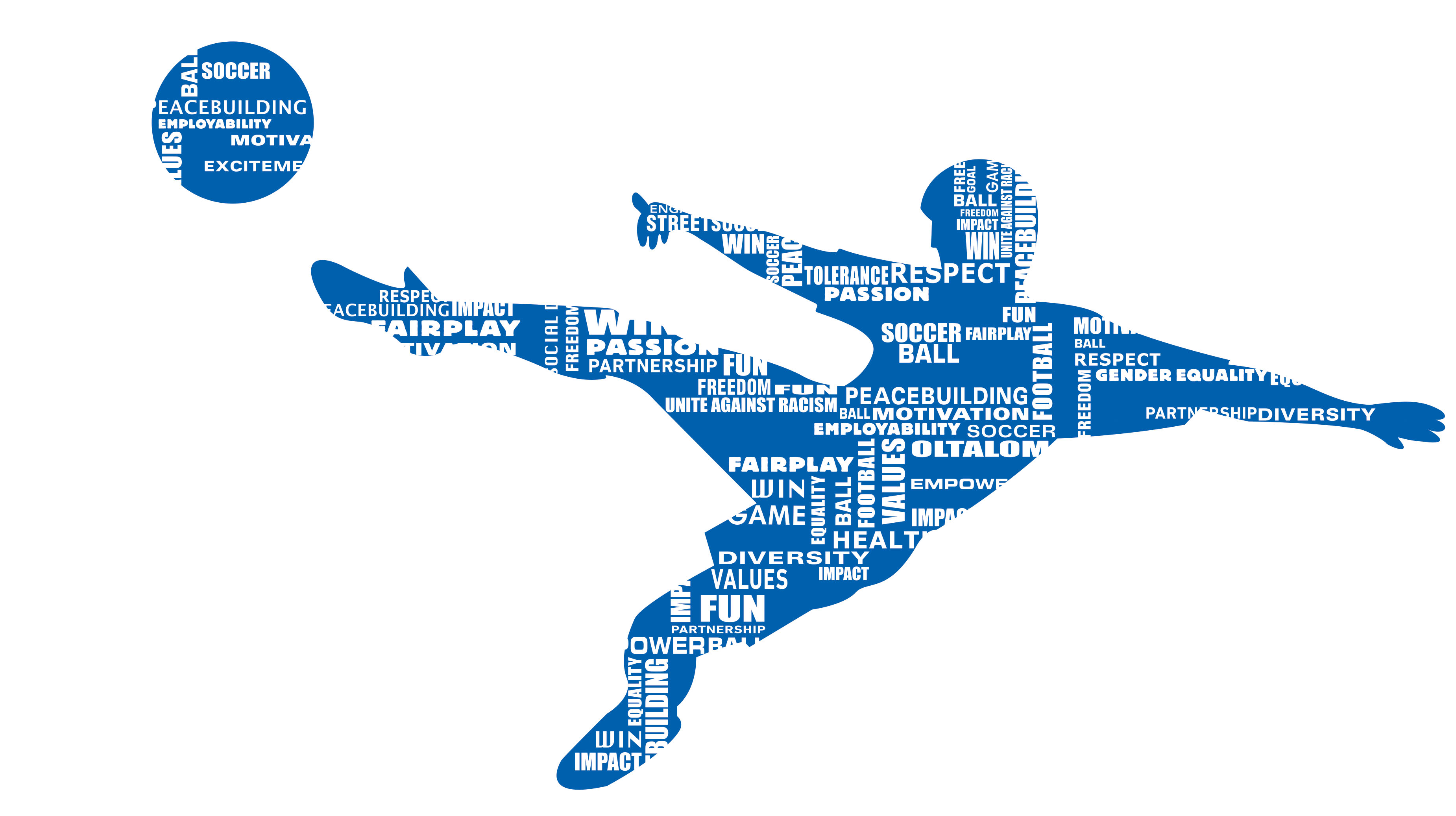 We make the lives of (socially) disadvanteged adults and children more complete with the help of football. Our regular trainings offer opportunities for people living in deep poverty, for the homeless, for refugee youth and for those living in correctional facilities to shape their lives with the help of sport and our social services (e.g. job-seekers’ assistance, language teaching, etc.)
We build bridges between social groups in conflict with each other with our Fair Play Football Roadshow contest. At the matches of our transborder event serial participants of local life (such as local councils, policemen, local clubs and teams of disadvantaged communities) form the rules of their games with democratic dialogue so that once they leave the pitch they could take the spirit of co-operative community with themselves into their everyday life.
We are improving our method as a member of international organisations, our activities are supported by FIFA, the Hungarian National Football Association and the European Union, too.

Operating in the spirit of fair play, tolerance and social inclusion, Oltalom Sport Association have been using sport as innovative instrument of education for more than 10 years, providing the opportunity for hundreds of people yearly to make the most of themselves both mentally and physically in the regular, free trainings. We use sport to involve athletes, as clients, in other supporting services such as social work, labour market services, further education, and learning English. Regular physical exercise and team-play preserves health, prevents drug-addiction and committing criminal offences, strengthens community, offers goals and renders energy in everyday life thus helping the overall development of our target group. It is our top priority that our athletes play together with various social groups in our own championship and other events.